Revenue is a Focus in State Capitol for the 2019 Session 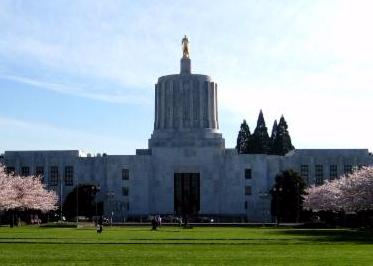 Our OSCC lobbyists are at work analyzing the 1,500 bills that have been introduced to date in the state legislature.

Here’s a list of major revenue-related proposals that are drawing attention in Salem.

Gross receipts tax (GRT): Despite voters’ overwhelming rejection of Measure 97 in 2016, this concept remains a favorite of some influential legislators. Portland voters approved a citywide gross receipts tax on large businesses in November. The existence of a GRT in Portland will give proponents a toehold to push for a similar approach statewide. However, a GRT remains a particularly difficult tax for low-margin businesses, regardless of size.

Business activities tax: The Oregon Business Plan has floated a business activities tax (BAT) as an alternative to a GRT. The BAT, used in Washington, does not create the same concerns about pyramiding (being applied multiple times in the supply chain) as the GRT. However, it still would raise business costs and, depending on details of a specific proposal, could affect some businesses more than others.

Small-business taxes: Small businesses have been in the crosshairs of revenue hunters in the Legislature for the past two sessions. In 2017, the House voted to roll back portions of the small-business tax deal that were part of the 2013 “grand bargain,” but the bill failed in the Senate. In the 2018 short session, the Legislature disconnected from a portion of the new federal tax law that benefited small business. Senators Brian Boquist (R-Dallas) and Herman Baertschiger (R-Grants Pass) have sued, contending that legislation violates the state Constitution. Meanwhile, Governor Brown, who is named in the lawsuit, has proposed more rollbacks of small-business tax benefits – trimming a tax break that passed in the 2018 session with her support.

Other business taxes and fees: The long list of legislative concept drafts presented in the House Revenue Committee last week during Legislative Days includes an assortment of technical tax adjustments that would increase taxes paid by businesses. Also, some tax credits could be eliminated through the tax credit review process.

Kicker reform: The idea of ending or diverting the “kicker,” which returns money to individual taxpayers when revenues exceed state economists’ projections by more than 2 percent, has been kicked around for years. In 2012, Oregonians voted to designate the corporate kicker for education funding. Now, similar proposals to use the personal kicker for targeted uses such as PERS or education, have support. Kicker reform is one revenue option included in the latest version of the Oregon Business Plan, which was unveiled earlier this month.

Property taxes: The discussion about reforming Oregon’s property tax system has amplified in recent months. The goal would be to eliminate inequities that lead to landowners with similar properties paying differing rates. Even by revenue reform standards, this would be a complicated process, and, therefore, is less likely than some of the other revenue proposals. However, targeted bills aimed at businesses’ property taxes could gain traction. For example, one bill would limit the property tax exemption for nonprofit hospitals to the amount spent on charitable care, reduced by the sum of all amounts of compensation reported in excess of $1 million for any individual directors or employees.

Alcohol and tobacco taxes: Increasing tobacco taxes is a common revenue proposal, one that is included in the Governor’s budget. Although the Governor has backed off of talk of a higher beer and wine taxes, her budget does propose increasing alcohol costs another way – by increasing the markup on liquor at state stores by 5 percent.

Medicaid taxes: The Governor’s budget proposes a mix of taxes and fees to make up for a projected shortfall in Medicaid funding. The money would come from: increased hospital taxes, expanded taxation of health insurance plans, higher cigarette taxes and an assessment on businesses with a large share of employees who qualify for Medicaid.

Transportation taxes: The 2017 Legislature passed a transportation package, and taxes to pay for improvements are beginning to kick in. These include increases in gas taxes, higher registration and title fees, a 0.1 percent payroll tax, a bicycle excise tax, and in 2020 a new way of treating vehicle fees based on miles per gallon.

Carbon taxes: Representatives of the Governor’s office presented a carbon-price proposal to the Joint Committee on Carbon Reduction during Legislative Days last week. The model being discussed is a cap-and-trade system. Dozens of decisions remain that will determine the cost of this program to businesses, but under any scenario there will be significant costs. The question, is which businesses and consumers will pay, and how much. If a cap-and-trade bill passes, higher fuel and energy costs are all but certain.

As you can see, raising revenue will be one of the dominant themes of the 2019 Session.

We will keep members apprised as the discussions roll out.